Hay farming protects the climate and conserves the soil

Hay farming has always been characterized by sustainable thinking and action built on generations. The work of hay-milk farmers is adapted to the mountain habitat and its outlets and uses locally available resources.

As part of a study, hay farming was analyzed according to the United Nations’ 17 Sustainable Development Goals. The results show that hay-milk farmers make a decisive contribution to climate protection, soil conservation and the promotion of biodiversity. 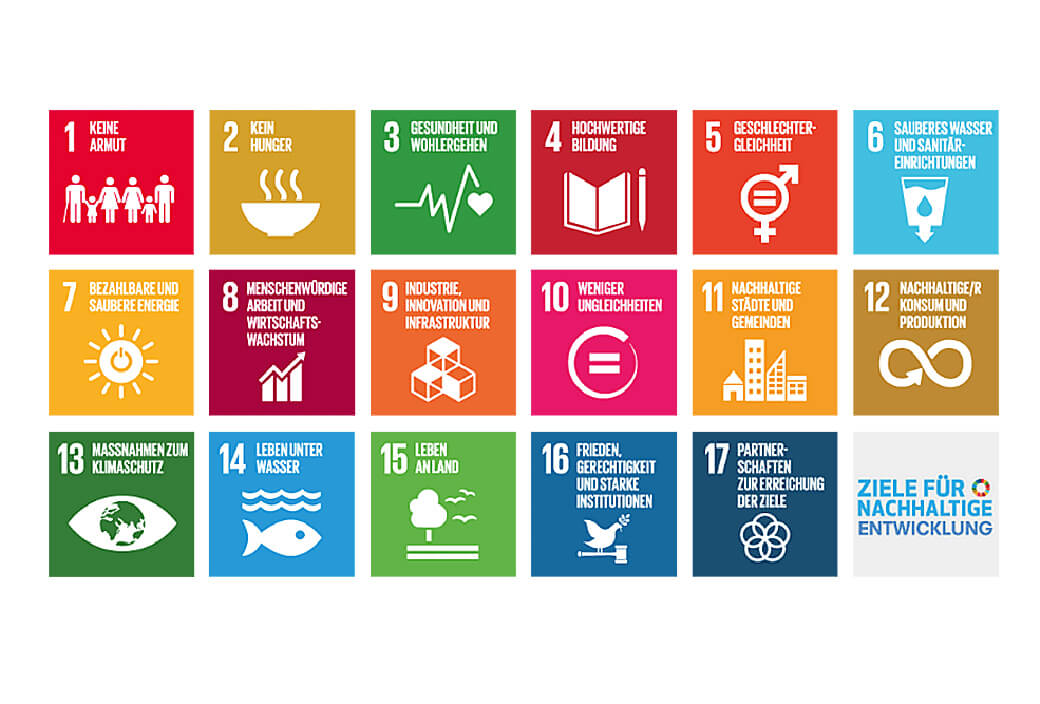 Hay milk in the context of the SDGs

The United Nations has defined seventeen Sustainable Development Goals (SDGs) to move together towards a sustainable future. As ARGE Heumilch, we are actively participating in the 2030 Agenda and making our contribution to sustainable development.

To get an even better and objective view from the outside, we commissioned the Center for Global Change and Sustainability at the University of Natural Resources and Applied Life Sciences Vienna to analyze the system of hay-milk production in the context of the UN SDGs.

The study once again underlines the sustainable economic practices of hay milk farmers. 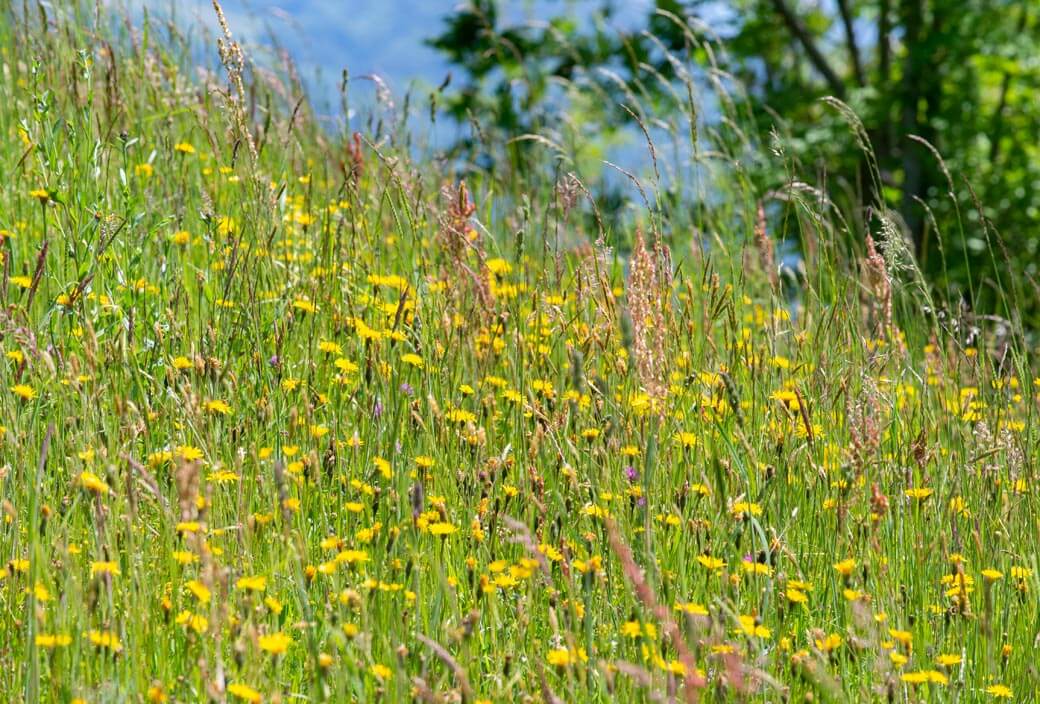 Permanent grassland as the basis of hay farming

Permanent grassland is defined as meadows, pastures and alpine pastures that are used naturally for fodder production through self-propagation for at least 5 years without being turned into arable land. High-quality permanent grassland stands are generally very rich in species. They form the basis of hay farming.

The sustainable use of hay milk farmers creates a high humus content in the soil, which in turn binds a great deal of carbon and ensures high soil fertility – and thus a variety of grasses and herbs. 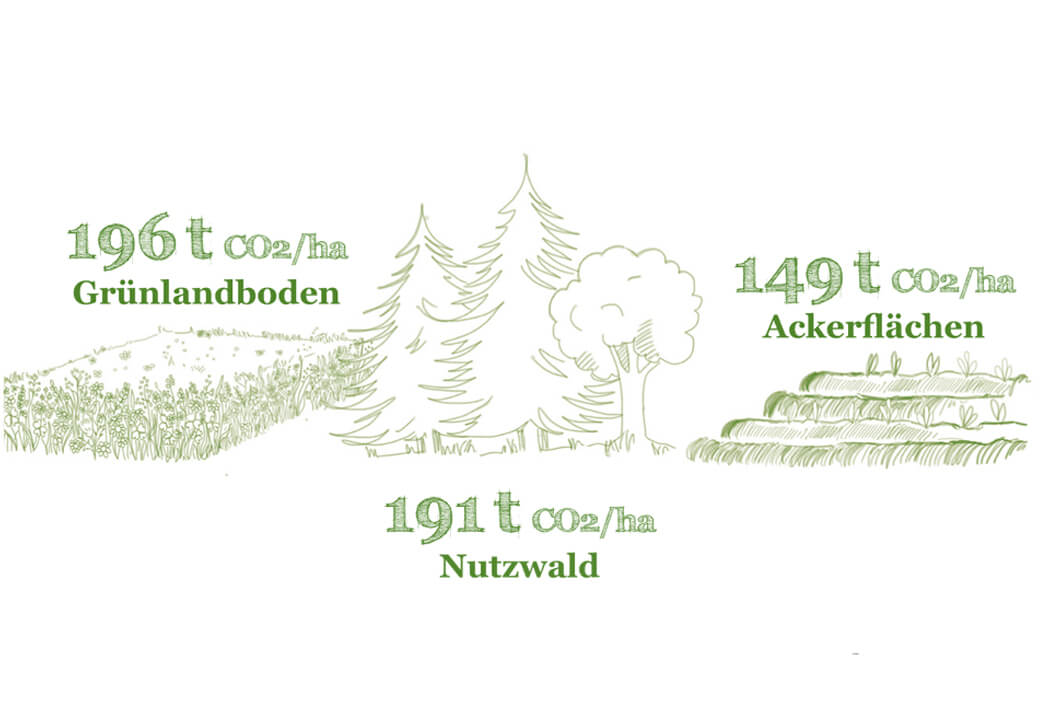 Grassland soils store a great deal of CO2 or carbon in humus and, like forests, are therefore valuable CO2 sinks. Due to their high humus content – up to eight percent depending on the location – meadows and pastures store about one third more carbon per hectare in the upper soil layers than arable soils.

In deeper soil layers, grassland even stores a similar amount of carbon, 196 t C/ha, as the average forest soil with 191 t C/ha. Arable land is at 149 t C/ha. 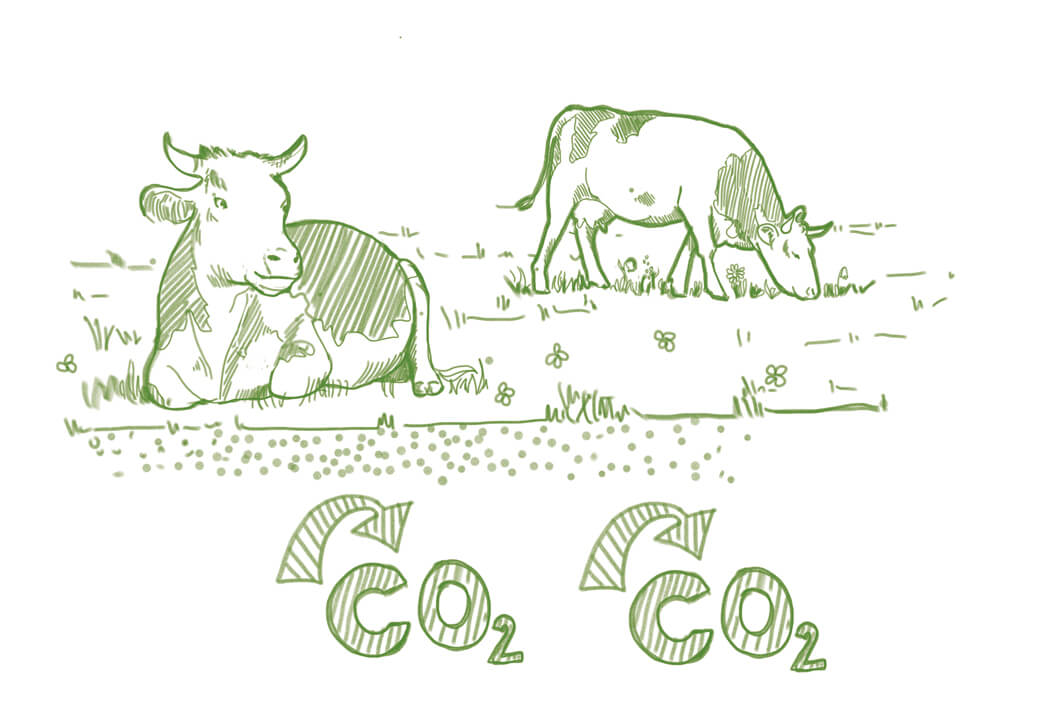 When permanent grassland is turned into cropland, a large amount of CO2 escapes into the atmosphere. The advantage of grassland over arable land is also that there is no tillage, which leads to humus depletion.

Through the management of our hay-milk farmers, grassland can actually remain grassland and the greatest possible amount of carbon can be sequestered in the soil. Therefore, hay farming protects the climate. 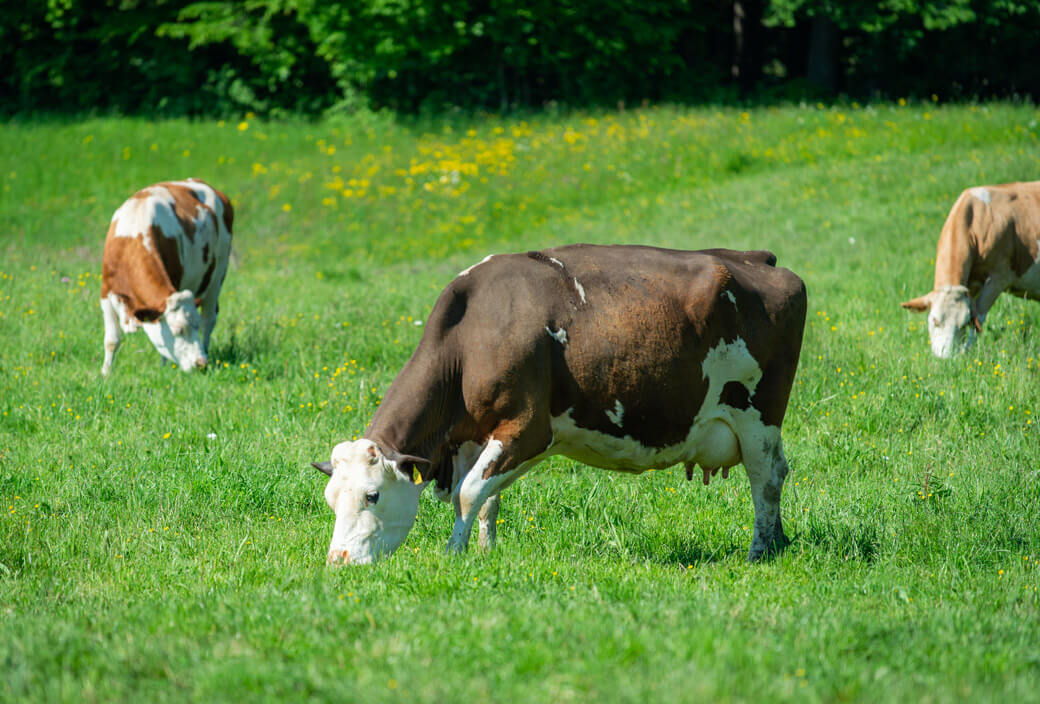 Dairy farming has been common for centuries and is of great importance in food security, as ruminants can produce protein-rich food for humans from grass. The decisive factor for climate impact is how cows are kept, what feed they get and where this feed comes from. 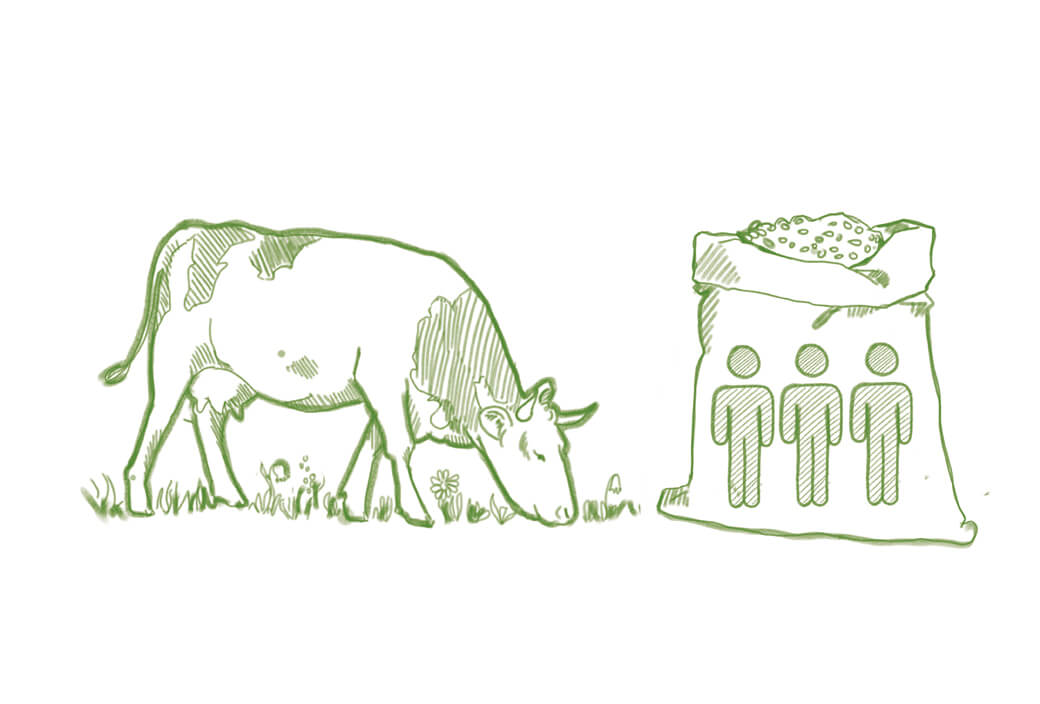 In industrialized agriculture in Europe, farm animals are increasingly becoming direct food competitors for humans, since more than a third of the world’s arable land is already used for the production of animal feed such as soy or corn.

However, cereals are also high on the human menu. Therefore, in the sense of resource-saving milk production, mainly regional feeds should be used that do not compete with human nutrition.

Through limited grain rationing as well as through the management of permanent grassland, hay-milk farmers therefore make a sustainable contribution to the plate-trough debate. 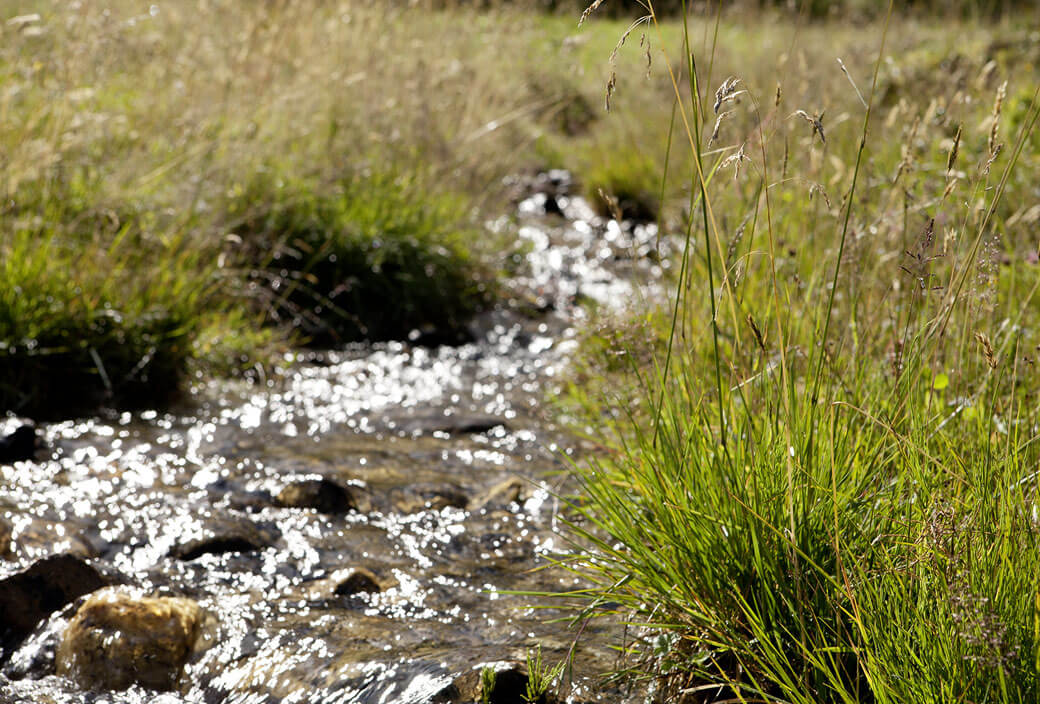 The water footprint of milk depends very much on the system in which the milk is produced. If dairy cows are fed large quantities of purchased feeds such as soy and corn from overseas, the water footprint increases significantly due to the long transport distances.

Milk production based on locally produced grassland forage such as hay farming reduces the water footprint of milk and therefore helps conserve resources. 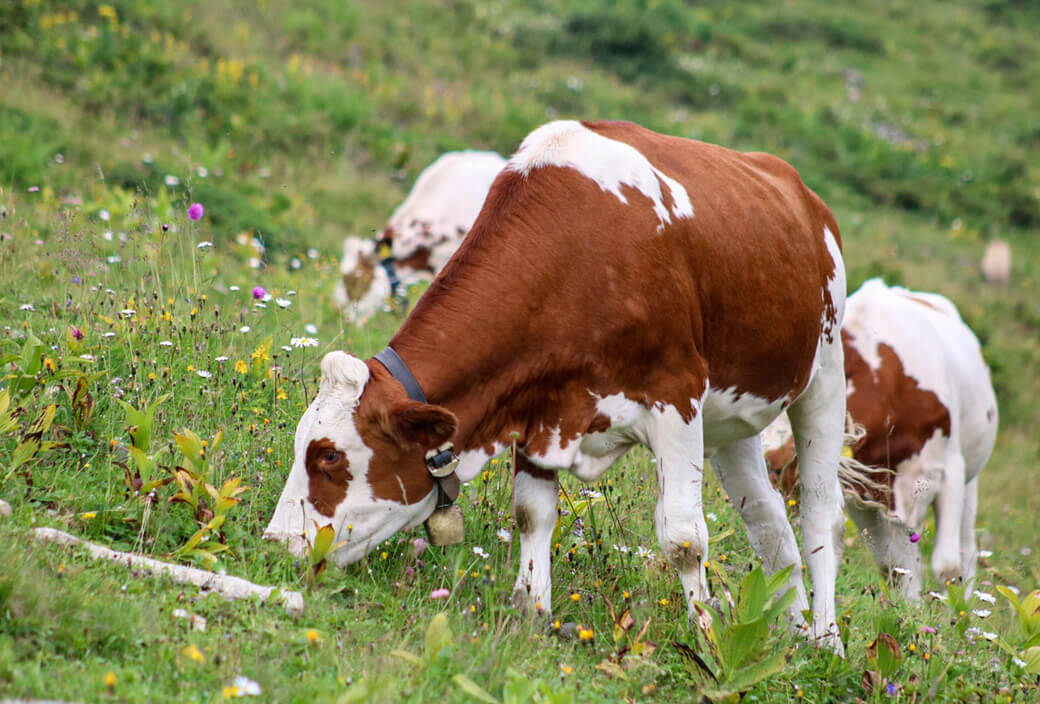 Small livestock numbers are the norm rather than the exception in hay farming, partly because the farms are often run on a part-time basis. On average, our hay milk farmers keep 17 dairy cows. The number of animals is limited to the available farm area.

Small herds are the rule, especially in mountainous areas, because only a certain amount of habitat is available. This small-scale agriculture preserves the soil and the water cycle. Industrialized agriculture in Europe results in twice as much nutrient input, for example with nitrate, into the soil.