By and large, all cheeses are manufactured in a similar way. But there is still a broad range ofvarieties that have emerged with the cheese-making craft. A basic distinction is made between twotypes: In rennet cheese, the addition of rennet–afermenting agent from the calf’s stomach–triggers sweet curdling of the milk. This causes the milk to thicken. In the production of sour milkcheese, lactic acid fermentation and subsequent curdling are initiated using lactic acid cultures.These two forms are combined in most cases. 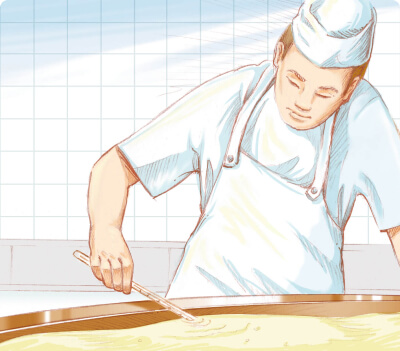 The milk is heated to around 30 °C on average, depending on the type of cheese.
2 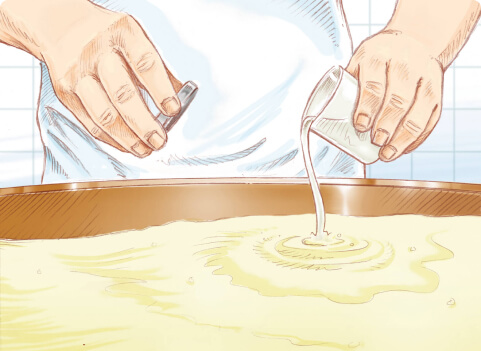 Lactic acid cultures are added once the desired temperature is reached. They convert the lactose into lactic acid.
3 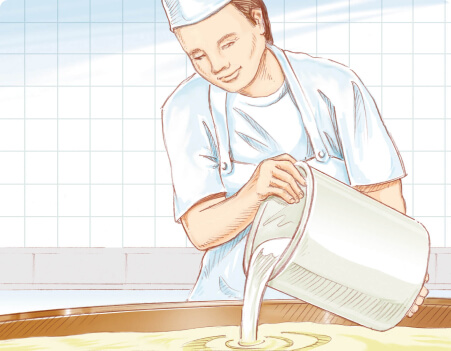 Rennet diluted with water is added after around 30 minutes. This initiates the process of milk curdling.
4 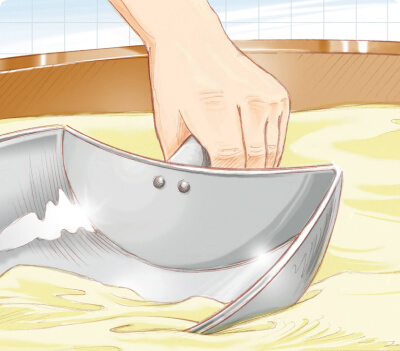 The milk is checked for thickening after 30 to 40 minutes. A ladle is inserted diagonally into the thickened mass, revealing the already liquid part – the whey.
5 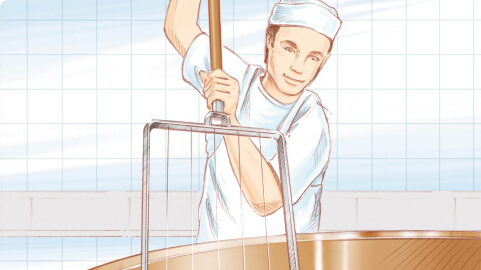 The process of cutting the thickened milk into the cheese curds begins once curdling is complete. The cheese curds are cut into walnut or wheat grain - sized pieces, depending on the cheese variety.
6 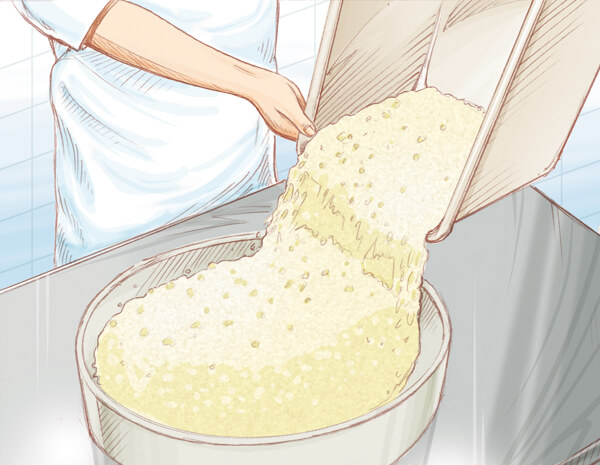 The whey is then separated and the cheese curds filled into moulds.
7 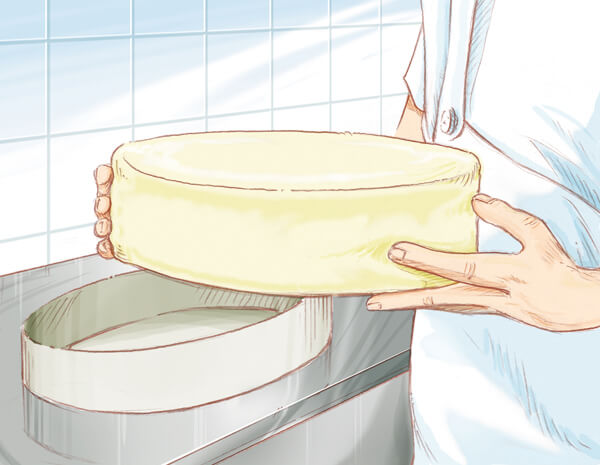 The cheese is given its compacted form in special presses.
8 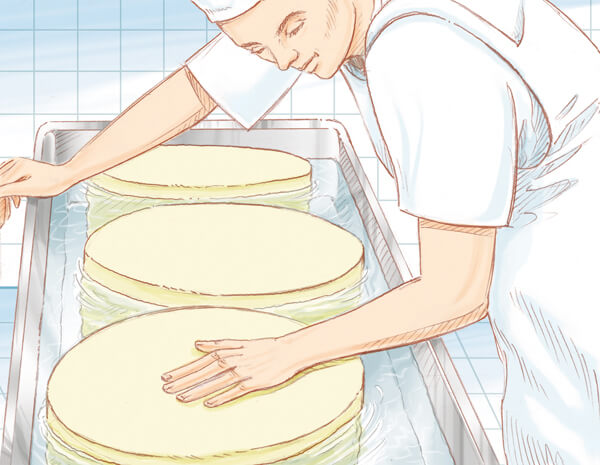 After pressing, the cheese is placed in a brine solution, a process of natural preservation that also forms the rind. It helps to in tensify the flavour as well.
9 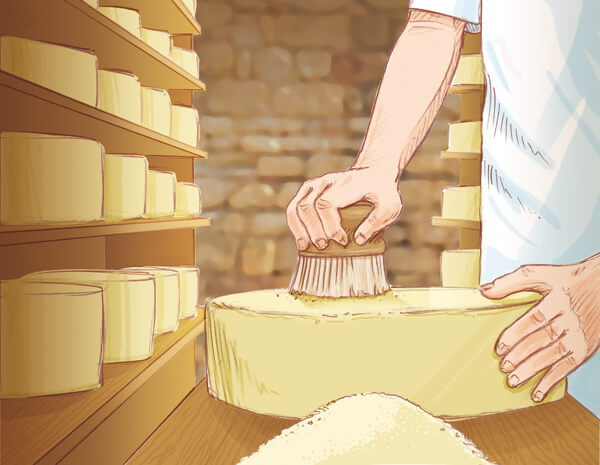 The cheese is then carefully cared for in special ageing cellars until it has completed its maturing period. This can take 3 weeks or even 24 months.